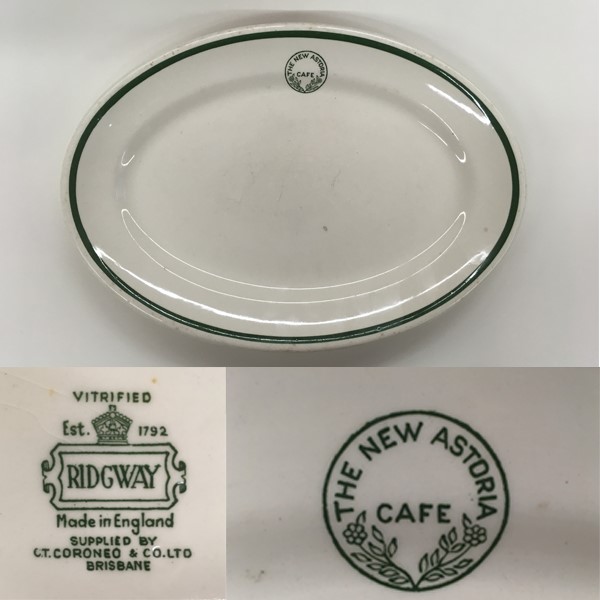 The hunt for cafe artefacts continues at the State Library of Queensland in preparation for an exhibition that will open in September. Not too much in the way of menus and serviettes and coffee cups. Then, out of the blue, this turns up at an op shop in the suburbs.

The New Astoria Cafe was a reincarnation of the shop Freeleagus Bros built on the corner of Adelaide and Edward Streets in 1929. With tall ceilings and fancy lighting,  a pale amber colour scheme and a Roman fountain, the Astoria Cafe was cutting-edge dining. It occupied the ground floor of a six-storey complex designed by architects Hennessy, Hennessy, and Co. and built by S. S. Carrick. The Astoria was erected on the site of the City Café, which Freeleagus Bros purchased in 1909. At that time it was called Comino’s Central Café and Oyster Saloon. 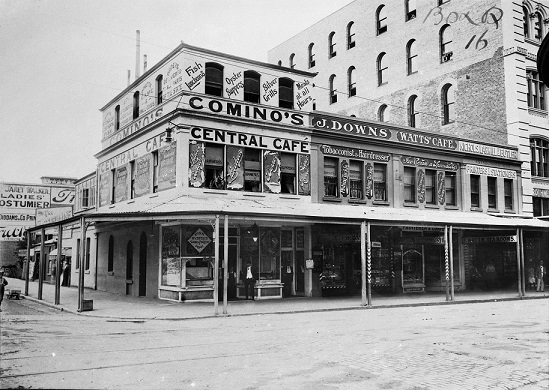 You can learn more about this shop and many others via the State Library of Queensland website: https://www.slq.qld.gov.au/greek-cafes