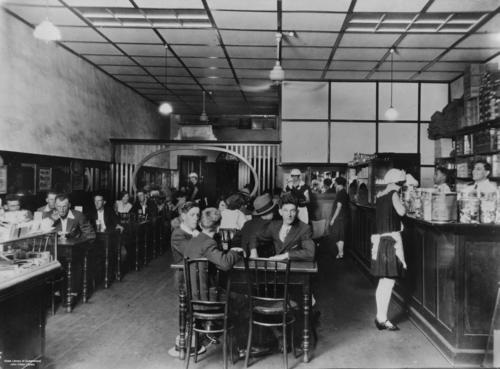 On the fourth floor of the State Library we’re working towards an exhibition about Greek cafés. Run by Greek migrants from the early twentieth century, these shops were the heart of regional towns across the state.

Hunting though boxes at the John Oxley Library in the quest for café stories never fails to turn up something of interest. Like this exquisite photograph of the Busy Bee Café taken in 1929 by Chas. Hill. George Trifilis stands behind the counter, talking to a waitress. He married Matina Economos in Rockhampton in 1925, and they had their reception in Economos Brothers Café. Perhaps Matina is the woman with a wicker pram at the rear of the shop. 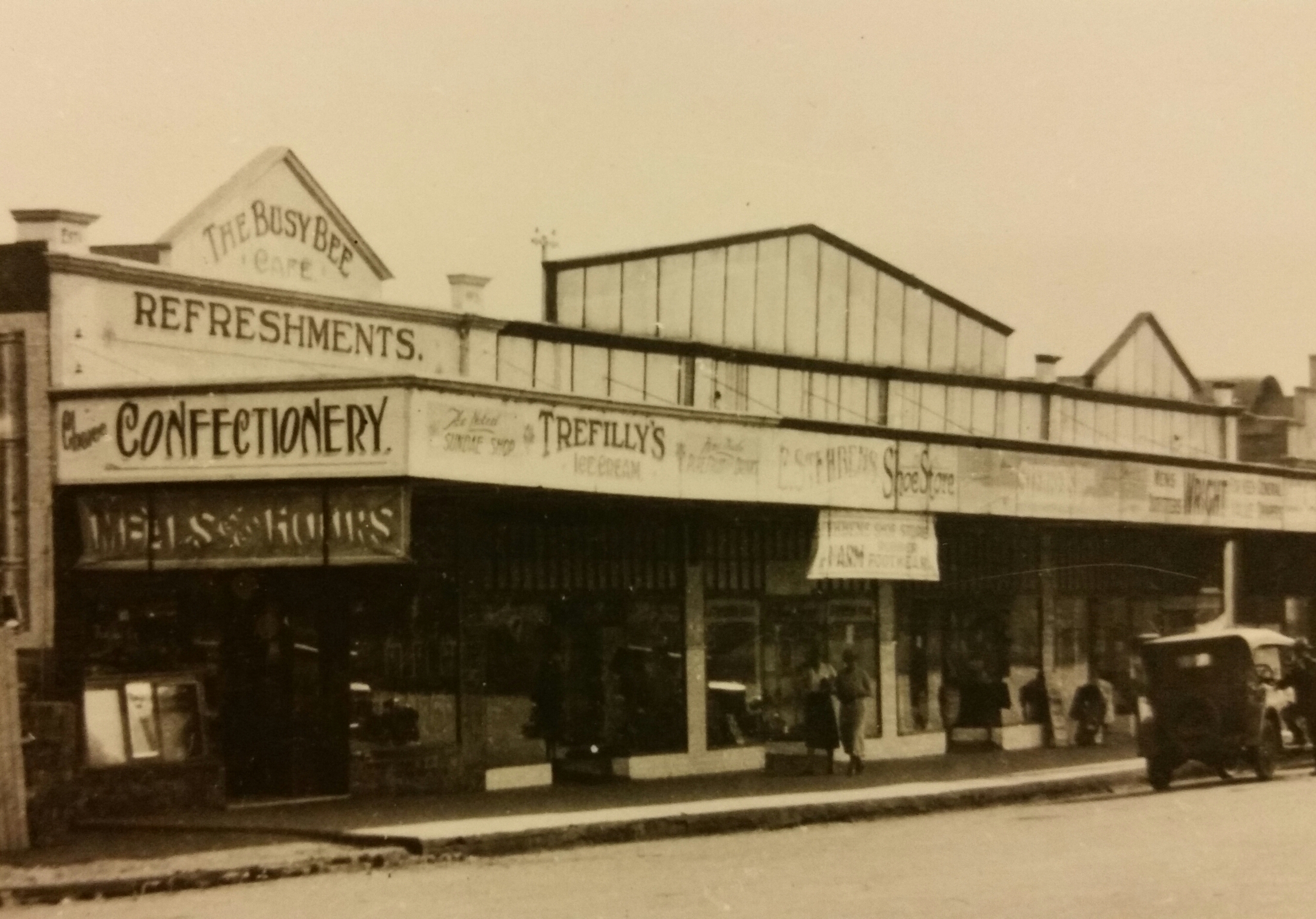 Also in the collection, in a box labelled Kingaroy, is a photograph of Haly Street taken in 1935. The Busy Bee is in foreground. The word REFRESHMENTS positioned below the café name was well known to locals and travellers alike – it meant hot beverages, cakes, sandwiches and light meals.

In the centre of the front awning is the word TREFILLY’S. Proprietors often Anglicised their names because Australians were intolerant of migrant names they found difficult to pronounce. George Trifilis and Emmanuel Fardoulys were proprietors of the Busy Bee Café. 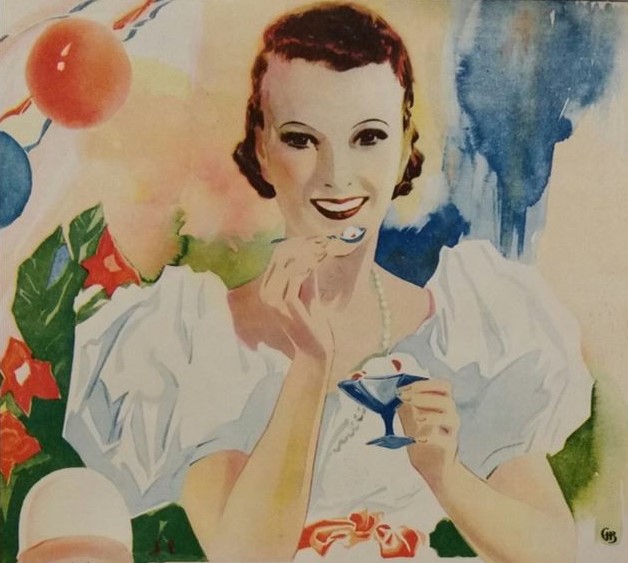 Other signage on the awning is synonymous with Greek cafés: SUNDAE SHOP, ICE CREAM and PURE FRUIT DRINKS. The Busy Bee offered sundaes with exotic names like South Burnett Beauty, Royal Beauty and American Beauty. Ice cream was used in these and other desserts, and in soda drinks, and was likely made on the premises. George had worked for Mr Simos in the Paragon Café in Katoomba and had there learned the art of making syrups for sundaes and sodas. Fruit drinks made on the premises from fresh fruit, and served icy-cold from the milk bar, must have been a treat in the days before most Queenslanders had refrigeration.

On the side awning CHOICE CONFECTIONERY points to a major sideline for Greek cafés. George and Emmanuel made confectionery using methods a fellow Greek had learned in America. Prior to the advent of supermarkets and pre-packaging, Queenslanders bought confectionery, drinks and iced confectionery from the local Greek café, and many had extensive lolly counters lined with glass jars.

Below this sign are the words MEALS AT ALL HOURS. Greeks routinely opened beyond 11 pm but it was not uncommon for travellers to wake them up if they’d gone to bed when they hit town.

The Busy Bee Café is no longer Greek-owned, and the building has been modernised, but it is one of the few Greek cafés still in operation. Photographs on the walls at the rear of the shop show the cafe as it was in the 1920s. One of these depicts a beautiful leadlight façade that is long gone and, across the door stoop, the words BUSY BEE CAFÉ written in black and white mosaic tiles, which remain today.

Do you know of any other Greek cafes still operating in Queensland? I’d love to hear from you. You will find more stories like this on the State Library of Queensland website: https://www.slq.qld.gov.au/greek-cafes