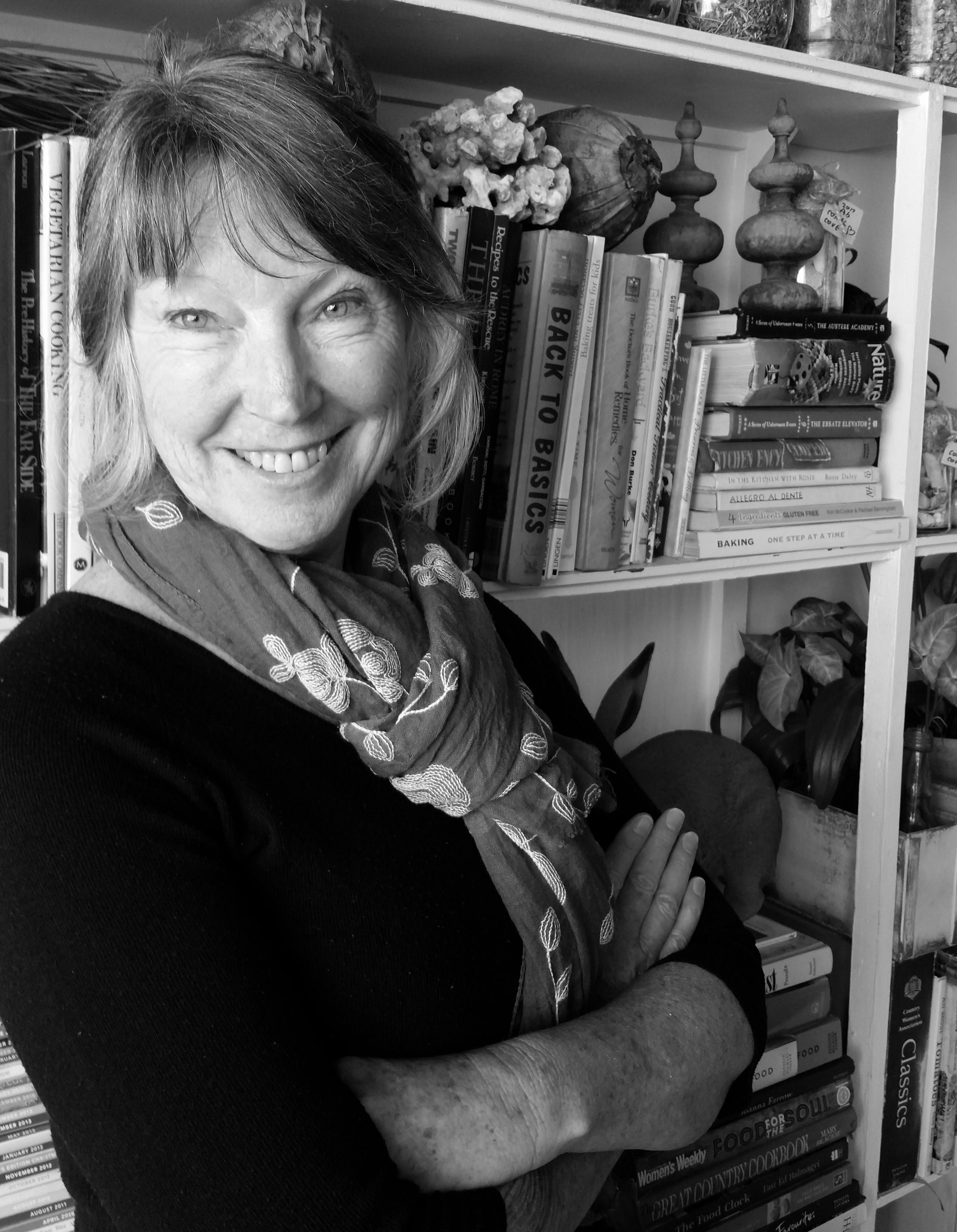 Toni Risson has a background in the visual arts and a passion for storytelling. A UQP children’s author and mother of four, including twins, she fosters children’s creativity and imagination and instils a love of stories and language. One of her favourite books is Alice’s Adventures in Wonderland, written over 150 years ago.

Storyteller, food writer and cultural historian, Toni writes everything from picture books to academic articles. Her research interests focus on food studies, things like children’s birthday cakes, beer, murder, cookbooks and confectionery. Her doctoral thesis mapped Australian childhood through the magic of lollies– Jaffas, Fantales and Freddo Frog . . . yum! A particular favourite is the iconic Greek café, which has now all but disappeared from streetscapes all over Australia.

For journalists and ABC radio presenters, Toni is the go-to girl when it comes to the subject of Greek cafés or Australian confectionery. She has appeared in several ABC television programmes on the subject of popular culture.

An active member of the Queensland Writers Centre, the Society of Women Writers Queensland, and Scenic Rim Writers, she gives presentations and workshops, contributes to anthologies and short story competitions, and delivers conference papers.

The Greek café is an Australian icon. Bustling to the clatter of silver cutlery, the hiss of sizzling steaks, and the swoosh of soda fountains, places like the Paragon Café (Katoomba), theNiagara Café (Gundagai) and Londy’s in Ipswich were open 7 am to 11 pm seven days a week in the heart of nearly every town in Queensland and New South Wales for much of the twentieth century. The Greek café represents a shared chapter in the histories of two nations – it was a pathway to success for Greek migrants, who arrived with little money and even less English, and a community hub where Australians packed into cubicles to socialise over milkshakes and banana splits, mixed grills and roast dinners, toasted sandwiches and milk coffee.

Over the past decade Toni’s big fat Greek café obsession has taken her to cities and country towns all over Australia. She tucked us into timber cubicles and smuggled us into café kitchens with Aphrodite and the Mixed Grill. Her new book unearths, in Brisbane, the Australian phenomenon that changed the way we ate for much of the twentieth century.

Toni was Business Leaders Hall of Fame Fellow for 2016. Based at the State Library of Queensland, she unearthed scores of Greek cafés and milk bars that once traded in Brisbane’s CBD. She is currently curating for the State Library of Queensland an exhibition that will relate the story of Greek cafés across the state. Meet Me at the Paragon opens 28 September and runs until mid-March 2020.