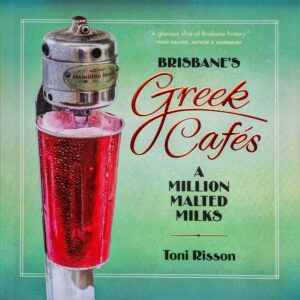 Greek Cafes in Brisbane: A Million Malted Milks made its debut at the recent Paniyiri Festival in Brisbane. Greek restaurants are among the most popular in Brisbane, and especially at Paniyiri, being Greek is the coolest thing to be. But this was not always the case. A handful of Greek migrants were trading in oyster saloons in Brisbane during the 1890s, and by the 1920s a vibrant café society flourished in the Queensland capital in the hands of more than seventy Greek proprietors. Life as a migrant behind a shop counter was long, and hard, and tiring, and for many it was the portal to a new life in a new land. This new release is the place to read all about it.